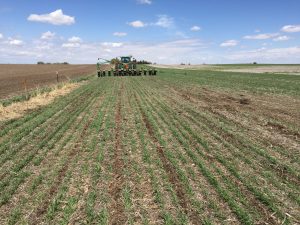 A number of states within the Midwest Cover Crop Council have developed cover crop recipes. These publications are intended to provide a starting point for farmers who are new to growing cover crops. With experience, farmers may fine-tune the use of cover crops for their systems. Additional states will be coming soon. Recipes that have been developed can be accessed on the Midwest Cover Crop Council webpage.

Cover crops can be a useful conservation practice for improving soil health, scavenging and recycling nutrients, reducing erosion, and contributing to more resilient cropping systems over the long term.  Many producers are interested in learning more about cover crop options and trying cover crops in their operation, but they are sometimes overwhelmed by the many different choices and options for cover crops. These recipes are intended to provide a relatively simple, low-risk strategy for integrating cover crops into a crop rotation specific for the different states. The majority of these recipes have been developed for corn-soybean rotation; post corn going to soybeans or post soybeans going to corn. The recipes include details on the specific cover crops, seeding rates and dates, and termination guidance and should be useful to both the producer and the crop advisor with limited cover crop experience. 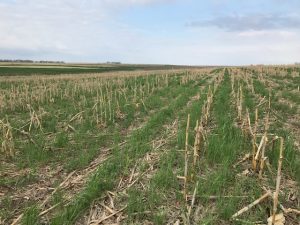